Introducing a New Consultant: We at TBTA are very pleased to introduce Dr. Jeremiah (his last name won’t be revealed for security purposes) as a new consultant and advisor for our computer assisted Bible translation work.  Jeremiah has been a member of Wycliffe Bible Translators for more than 20 years.  He guided a team of mother-tongue translators on Santo Island in the South Pacific, and they translated the New Testament into Merei.  Jeremiah’s vision is now to re-engineer the Bible translation process using the latest technology available, and to engage the laity, particularly Asian diaspora.  He will be developing both formal and informal relationships between TBTA and other organizations and schools interested in Bible translation.  We are very pleased to be collaborating with him in this work.  Please pray that our collaboration will bear much fruit.  Already he has found people who are in the process of translating our web site (www.TheBibleTranslatorsAssistant.org) into Chinese and Korean.

The Tagalog Project: Tod Allman and Ephraim Rey continue to make good progress in the book of Ruth.  The Tagalog translation of Ruth chapters 1 and 2 is now finished, polished, and being checked for quality.  Ruth chapter 3 is finished, but not yet polished.  Tod and Ephraim hope to complete the book of Ruth sometime in May, and then they’ll begin working through Luke.  As the Tagalog lexicon and grammar become more developed, the pace of the translation work is significantly increasing.  When Tod and Ephraim first began this project, each verse required several hours of work.  Now they typically work through half a dozen verses in a two hour session.  As the pace continues to accelerate, they should eventually be able to produce initial draft translations of multiple chapters in a two hour meeting.  Please pray that this project will produce a Tagalog translation of Luke that millions of people will be able to easily understand.  Please also pray God will protect this work from all hindrances and obstacles.

Before working in the Bible, Tod and Ephraim first used TBTA’s software to produce a Tagalog translation of a short story that describes how to prevent eye infections.  The purpose of that project was to determine whether or not the software is capable of producing high quality Tagalog translations. Four sets of experiments were performed with the computer generated Tagalog translation of that story to determine its quality.  The results of the first experiment indicate that the computer generated draft is of such high quality that it more than triples the productivity of experienced mother-tongue translators.  The second experiment indicates that the edited computer draft is of the same quality as a manually translated version.  For the third experiment, three Tagalog speakers were asked to backtranslate the computer’s translation into English, and their backtranslations were perfect.  For the final experiment, five people read the computer’s translation, and then answered comprehension questions related to the story.  All of those participants answered the questions correctly.  So TBTA’s software is now clearly generating high quality Tagalog texts.

Analyzing the Entire Bible: For the past 15 years, we’ve been manually analyzing the Bible in order to build the semantic representations that our software needs in order to produce high quality translations in a wide variety of languages.  In those 15 years we’ve analyzed Genesis, Exodus, Ruth, Esther, Daniel, Nahum, Luke, Acts, and six Pauline epistles.  We are presently exploring various options to increase the rate of our analysis.  A graduate student named Alex Mercado is studying natural language processing, and he has offered to help us build semantic representations much more quickly using statistical techniques and the Easy English Bible as a source.  So Alex, Steve Beale, and Richard Denton are all involved in developing a process to rapidly analyze the remaining books of the Bible, and also commentaries and devotional materials.  The potential for this project is enormous, so please pray that God will guide their efforts, and they’ll be able to develop a technique to convert the Easy English Bible into the semantic representations required by our software.

The Spanish Project: Steve Beale is continuing to develop a Spanish lexicon and grammar. His goal is to have a model language that 1) can be used in many languages that are similar to Spanish, and 2) can be the basis of instructional manuals for people who want to use TBTA. 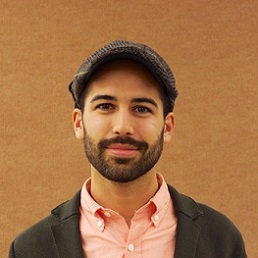