We at TBTA are very thankful to God for all the doors He has opened this past year.  2015 was a very productive year for this ministry, and we’re hoping to see even more fruit next year.  Please pray with us as we seek God’s guidance for the coming year.  We will be working on portions of the Old Testament for several languages in the Philippines, and we hope to see the ministry there grow significantly in the next few years.  We also hope to be producing portions of the Old Testament for several languages in Vanuatu in the next couple of years.  Several missionaries in other countries have also expressed an interest in using our software to help produce initial drafts of parts of the Old and New Testaments in the near future, so this ministry is definitely growing.  Please pray that God will guide us through the best doors, and that we will bear much fruit for His kingdom.

Code for the Kingdom Hackathon: In early November, Matthew Rodatus represented TBTA at a “hackathon” hosted by Code for the Kingdom. This is an event where computer scientists gather to develop computer programs designed for advancing God’s kingdom.  It is called a “hackathon” because the participants work almost non-stop for the entire weekend.  At the beginning of the conference, project members are given an opportunity to present their work proposals, and then unaffiliated programmers select a particular team and help develop their project.  TBTA attracted several top-notch programmers and designers.  They developed a new, up-to-date interface for building our semantic representations – the unambiguous representations of the Bible’s message that our software uses as the starting point to accurately translate the Bible  At the end of the conference, each team had a few minutes to present their project and the work they did during the  hackathon weekend.  Then a panel of judges evaluated the projects and awards were given out.  TBTA’s team won the best overall project started at the hackathon.  As a result of this conference, we have made several very helpful contacts.  The founder and CEO of the Code for the Kingdom organization was impressed with our project and is now working with us to prepare a publicity video for TBTA.  He will then personally present the video to his many corporate contacts as well as several Bible societies.  So we are very thankful to God for all these developments! You can read more about the Hackathon at their website: http://codeforthekingdom.org/denver-hackathon-2015.html.

The Bible Translator’s Assistant – Philippines: The Tagalog project in the Philippines continues to make good progress.  These days Tod Allman and Ephraim Rey routinely draft approximately 30 to 35 verses in a two hour meeting.  Just a few months ago they were only able to work through a single verse in a two hour session.  So the pace of their translation work continues to accelerate.
TBTA-Philippines had its first board of directors meeting on November 26th, and there were several interesting proposals. In January Tod will begin working with a member of Wycliffe Bible Translators who is finishing the New Testament for the Ayta Mag-Indi people.  There are approximately 5,000 speakers of Ayta Mag-Indi, and they have been very receptive to their New Testament.  They are located in the province of Pampanga, just north-west of Manila Bay.  Another member of Wycliffe Bible Translators is also considering using TBTA’s software to help with the Old Testament in another language.  Please pray that these projects will proceed unhindered, and that these people groups will receive God’s entire Word.

Networking with other Bible translation organizations:  Please pray for Jeremiah Chung as he continues to travel and meet with a variety of people, particularly Chinese laity, to encourage them to become involved in Bible translation.  He participates in many meetings, conferences, and presentations, and he wants to use his limited time wisely.
Jeremiah will be running a half marathon in Hong Kong on January 17th, 2016. Jeremiah is 50 years old, so this will be a significant accomplishment. He will donate the proceeds raised by this event to The Bible Translator’s Assistant. We’ll use these funds to hire someone in the Philippines to put our Tagalog texts for Daniel, Ruth, and Luke chapters 1 through 5 into a picture book format (see www.FreeIllustratedBible.com). Then we’ll print and distribute these texts to as many high school students as possible. Would you please consider supporting Jeremiah for this event? All donations are tax deductible.  A link to Jeremiah’s marathon event is on our donations page (http://www.thebibletranslatorsassistant.org/Donations.aspx).

Richard Denton’s “In Plain English”: Recently we finished the first draft of our TBTAese version of Galatians. Galatians 6:2 in the NIV reads “Carry each others burdens, and in this way you will fulfill the law of Christ.” We translated that verse as “Help people who have problems.  If a certain person must carry a heavy thing, other people should help that person carry that heavy thing.  Similarly you should help people who have problems.  When you help those people, you will be obeying the command that Christ gave to us.”  This verse includes a metaphor which is a figure of speech that highlights the similarities between two different items or actions.  Although the writers and speakers in the Bible used metaphors frequently, we do not include them in our TBTAese because they are not literally true.  We don’t literally carry other people’s burdens.  Instead we help people be able to deal with their burdens, or persevere through them.  To preserve the idea illustrated by this metaphor, we stated in the TBTAese version that people should help other people carry heavy things.  Then we used the conjunction “similarly” to connect the ideas of “carrying” and “helping.”  This indicates that there is some similarity between these two very different actions.  The TBTAese version captures the idea expressed in the original text, and it can be easily translated into a wide variety of languages. 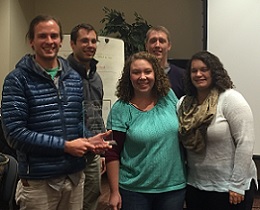 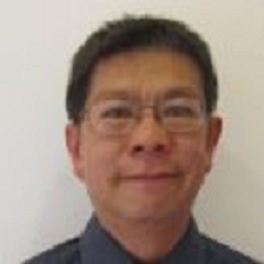