Introducing a new Software Consultant: We at TBTA are very pleased to introduce Matthew Rodatus as a new software consultant.  He previously worked for Microsoft, and is now working for a software development firm in Maryland.  Matthew will be joining us part-time to enhance and revise our software.  One of his first tasks will be to present TBTA’s mission and software at the upcoming Code for the Kingdom event in Denver, Colorado in early November (http://codeforthekingdom.org/denver-hackathon-2015.html).  The Code for the Kingdom “hackathons” enable many Christian software developers to come together and contribute to a wide variety of projects, all for God’s kingdom.  Matthew will present our organization’s goals and software to these developers, and then guide a team of volunteers on a small weekend project.  Please pray for Matthew as he travels to Denver, and presents TBTA’s mission. You can read more about him on the “About Us” page of our web site (www.thebibletranslatorsassistant.org/AboutUs.aspx).

The Bible Translator’s Assistant – Philippines: The Tagalog project in the Philippines continues to go well; Tod Allman and Ephraim Rey have finished the first five chapters of Luke, and are now working through Genesis.  The pace of their translation work continues to accelerate.  These days Tod is also meeting with three computer science students at a university in Manila.  Those students speak languages that are structurally similar to Tagalog, so their task will be to modify the existing Tagalog lexicon and grammar to accommodate their languages.  This project has tremendous potential because it will show us how much work is involved when modifying an existing TBTA grammar to accommodate a related language.  There are approximately 180 languages in the Philippines, very few of them have any part of the Old Testament, and most of them are structurally similar to Tagalog.  Additionally there are numerous computer science students at universities across the Philippines who speak many of these languages. If these three computer science students are able to easily modify the Tagalog grammar to accommodate their languages, this will be a significant step toward building grammars for the many languages that still need the Old Testament, and possibly the New Testament as well.  Please pray that these students will work diligently, and that this process will go smoothly.

Spanish and Chinese Projects: Stephen Beale has almost finished his Spanish module for TBTA; he should have a TBTA translation of Ruth ready soon, and will proceed to do some comprehension and naturalness testing. He has also started working with Chinese volunteers to produce a Mandarin Chinese TBTA module.  Steve hopes to present some interim results of the Chinese project at the Code for the Kingdom event.  He then plans to produce several academic publications describing the language documentation process and his experiences with Spanish and Chinese.

Networking with other Bible translation organizations:  Please pray for Jeremiah Chung as he continues to travel and meet with a variety of people, particularly Chinese laity, to encourage them to become involved in Bible translation.  He has started several blogs so that volunteers with technical expertise from around the world may contribute to translation projects that interest them.  His primary blog is called “Global Open Source Projects for Evangelical Laity” (http://gosp4el.blogspot.com/), and his Facebook page also presents numerous opportunities (https://www.facebook.com/paidion.zhong).

Richard Denton’s “In Plain English”: The NIV translates 2 Thessalonians 2:14 as “He called you to this through our gospel, that you might share in the glory of our Lord Jesus Christ.”  In TBTA’s English this becomes, “God caused us to tell his good message to you.  And he saved you through that message, and he caused you to become his special people.  Jesus Christ, who is our Lord, is glorious.  And God did those things so that you also would become glorious.”  You can see some of the simplified terms that we use: “God’s good message” for “gospel,” and “caused you to become his special people” for “called.”  By using this simplified vocabulary, it’s more likely that other languages will have lexical equivalents, so our software will be able to easily translate this verse into a wide variety of languages.  Sometimes we keep a semantically complex term, like “glorious.”  “Glorious” carries connotations of startling brightness.  But it’s likely that a number of languages won’t have a term equivalent to “glorious.”  So for a complex word like “glorious,” we have in TBTA a fallback definition, in this case, “wonderful.”  If a language doesn’t have a word for “glorious,” this verse would read “Jesus Christ, who is our Lord, is wonderful.”

Semantic Representations: Richard Denton and Stephen Beale continue to make good progress developing semantic representations.  Richard is working in the Pauline epistles, and Stephen has completed initial drafts for Joshua and Judges, and is now working through 1&2 Samuel and 1&2 Kings.  After he finishes those books, we will have all of the historical books of the Old Testament ready for TBTA translations. Please pray for their perseverance in this work, and guidance in producing accurate semantic representations. 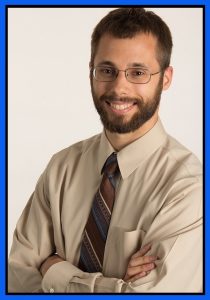 A Software Consultant for TBTA